Departure to the ancient village of Duong Lam in Son Tay Town (45 km from Hanoi city center). Compared to the busy capital of Hanoi, time must have stopped long time ago in Duong Lam. There are no noisy cars and lorries and only a few motorbikes. Most citizen still use their bicycle or ox carts. Duong Lam was one of the first villages in the country to be recognised a a national relic with a history of over 1000 years. Some of the houses are said to be 400 years old and the villagers claim that two kings of Vietnam were born in Duong Lam. Stroll around and enjoy an experience, which is becoming very rare in a fast developing and modern Vietnam.
Lunch will be served in a local family's house.

In the early afternoon return to Hanoi and visit the temple of literature, also known as Vietnam's first university dating back to the Ly dynasty in the 11th century.

Exclusions: Others not mentioned. 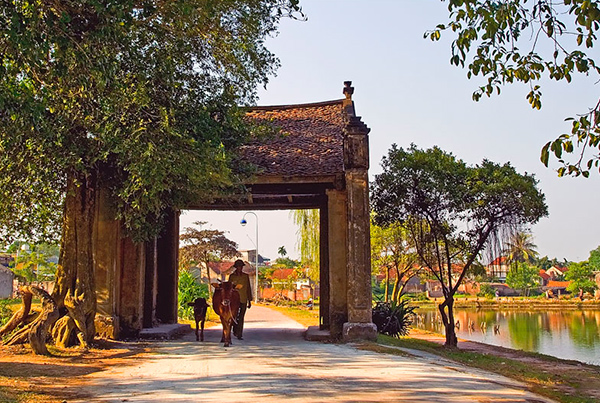