Built in 1926, is considered one of the most striking structures in all of south-east Asia. It is the centre of Caodaism, a religion that blends Buddhism, Christianity and Confucianism.

8.00 a.m we gather at our Meeting Point, we get on our car and starting tour!

Morning: We explore this fascinating site and attend the colorful noon-day mass held by the Cao Dai followers. It is an experience not to be missed. After lunch, visit the Cu Chi Tunnels.

Located 60km from Ho Chi Minh City, Cu Chi is now considered a heroic district for its role during the American war in Vietnam. It is legendary for its network of tunnels, which extends over 220km, and is a popular destination for both Vietnamese and foreign visitors.

Today, Cu Chi is a tranquil place of rice paddy fields with ducks and water buffalos bathing in the rivers alongside the road. But this peaceful rural scene belies the terrible destruction and defoliation caused by bombing and mines when Cu Chi was a "Free Target Zone". Cu Chi still contains plenty of evidence of the fierce battle that took place here and all over this area you will find the remnants of war.

Extra services: ( can be arranged on request ) 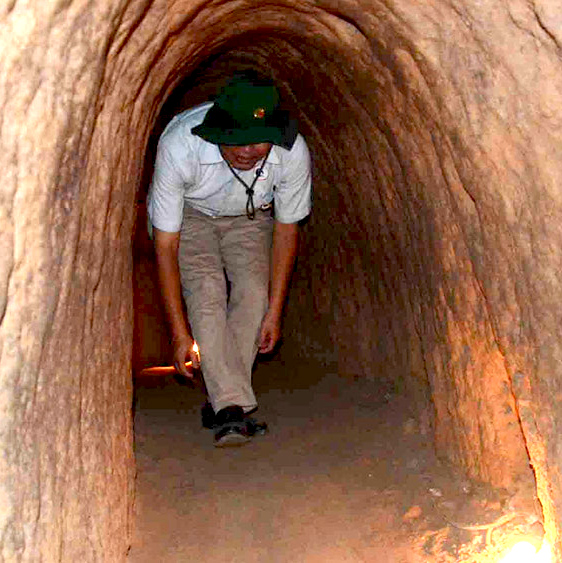